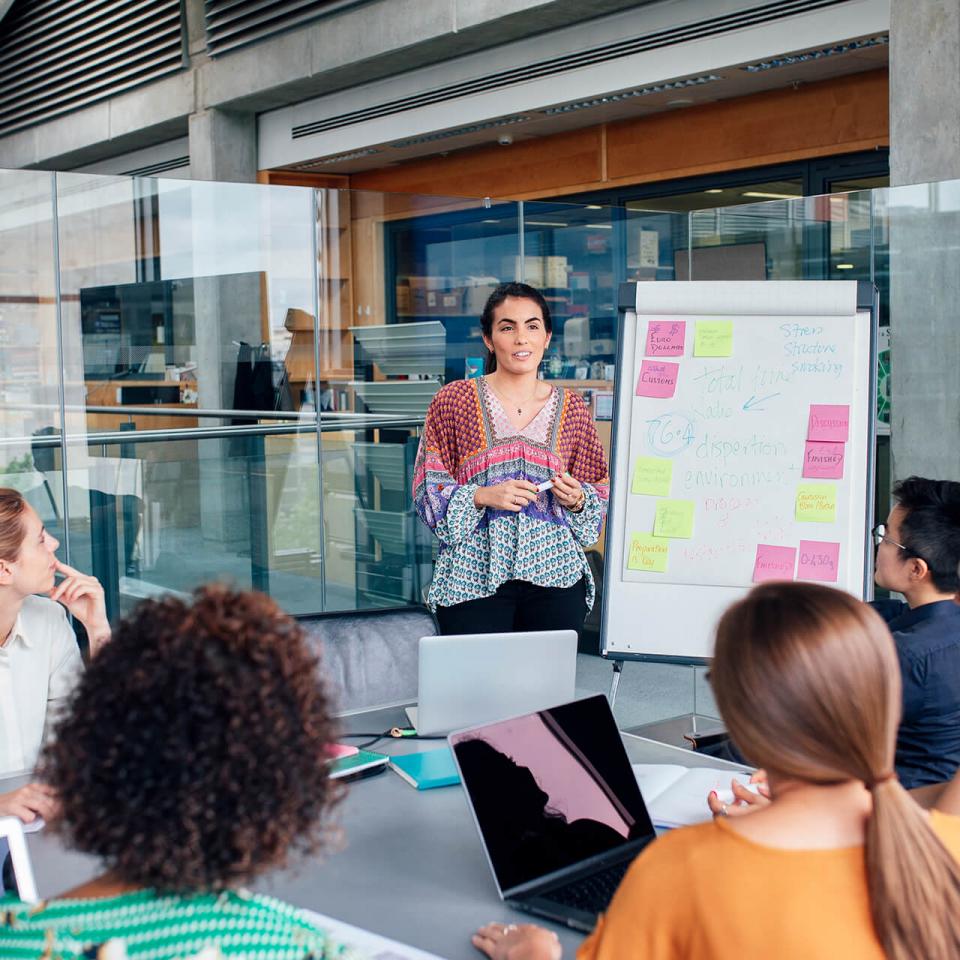 Leadership lessons to be learnt from Jacinda Ardern

Our survey of 1000 UK workers chose Jacinda Ardern as the most successful leader during the global pandemic. What has she done that we can all learn from?
30 September 2020

We recently ran a survey asking 1,000 UK workers which world leader they believed had showcased the most successful leadership during the global pandemic. From a choice of ten key leaders, including our own Prime Minister, Jacinda Ardern received an overwhelming 54% of the total votes.

The Prime Minister of New Zealand has demonstrated an unparalleled ability to lead a nation through volatile circumstances.

So, what sets Jacinda’s leadership qualities apart from the rest, and how can we learn from her and use some of her methodologies in our day-to-day lives?

The New Zealand Prime Minister has demonstrated her ability to stay cool numerous times throughout the coronavirus pandemic, but it was her response to a 5.8 magnitude earthquake that really set the tone for her approach to a crisis. During a live television broadcast, the parliamentary building she was located in was hit with a mammoth natural disaster.

Though she would not have been admonished for a frantic response, her calm and collected reaction was an incredible reassurance to the panic-stricken public as she coolly stated, “we’re just having a bit of an earthquake here… we’re fine.” Her ability to immediately gather her thoughts and address a crisis can be a learning lesson for all of us.

To offer reassurance, asses the current situation, and keep a level head throughout all of the challenges she faces are the key takeaways from her incredible response.

Act decisively & do not downplay situations

Jacinda’s immediate decisiveness was displayed through her choice to act early when the coronavirus’ global spread reached her shores. She did not mince her words – she was concise on the government’s stance on lockdown measures and ensured the message was appropriately conveyed to all New Zealand citizens.

Her decisiveness had a huge impact on how the country handled the crisis and the measures she implemented have continued to guide a panicked nation calmly through the stormy pandemic waters.

Not once did she attempt to downplay the severity of the crisis. Instead, she offered facts, educated herself on the data and made tough choices that would ultimately allow New Zealand to handle the pandemic astutely and save many, many lives. Almost a third (29%) of our survey responses indicated that decision-making is a top leadership quality, and Jacinda’s decisive actions have embodied this altruistic trait.

It can be easy for leaders and managers to come across as aloof or disconnected during emotionally wrought situations. A successful leader, however, understands the importance of emotional intelligence in navigating high tensions and coming out the other side. During the pandemic, Prime Minister Ardern showed her human side and fostered the public’s trust by acknowledging the emotional aspect brought on by the crisis.

She even went so far as to reassure children that the Easter Bunny was classified as a key worker and would be able to do their Easter rounds as always. While this may seem like a small gesture, the fact that she incorporated such an emotional response into her address showed her humanity and her relatability. She took the time to consider the affect that the global crisis was having on families and children as well as the economy, all while holding office and guiding New Zealand through the beginning stages of what has come to be the biggest health crisis our generation has seen.

This reiterates the need for leaders to have a true grasp of the effect’s small aspects of their team’s lives can have, and how to handle them effectively.

Lead from the front

Setting an example though actions is one of the cornerstones of great leadership. Jacinda made a point of adhering to the guidelines she set out throughout the unfolding of the pandemic. This demonstrates on both a conscious and sub-conscious level that the guidelines were manageable, and that no one person was exempt from rules.

She took a decisive stance to demote her Health Minister, Dr David Clark, after he flouted the rules her government had laid out. This public action reinforced her authority and has potentially been a cause for the public support of her decisions around the health of the nation.

It’s clear that we can all learn a lot from Jacinda Ardern in how we can handle both day-to-day happenings, as well as within a time of crisis. Lest we forget, she has managed to do all of this with a young child to care for. What she has achieved has set a precedent for future leaders – both within the public sector as well as within our own organisations.

If you’re ready to take you leadership skills to the next level, we’re here and excited to help you achieve exactly that. Have a look at our upcoming L&D courses, designed to help you grow into the leader you know you should be.

Women Advancing in Leadership
This women in leadership course will give you a unique opportunity to think about your leadership role, personal values and career goals and how you can overcome the challenges you face as a female leader.
Full day - Available online
Step up to Leadership
How to move from managing to leading.
Full day